Here are my initial thoughts after reading: Programming is not a Craft 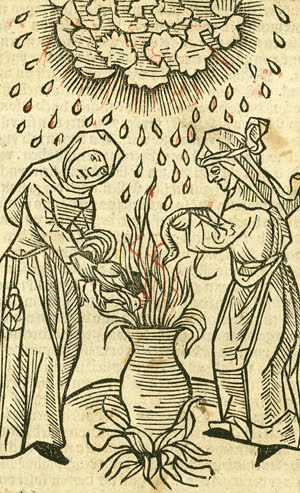 In my opinion, on a whole, software development is a combination of craft and primitive engineering (which is slowly emerging as a true engineering discipline). The term craft usually means how something was made, not what was made or the perceived value of the end result by the layman. One of the commenters on the original post mentioned carpentry as a craft that may not always be defined by the value placed on the end product by the layman. In this vein, I will also mention that witchcraft is considered a craft.

One of the hallmarks of craft is that that it is filled with heuristics and folklore. Much of the work of today’s software developer is squarely within this realm. More often than not, there is no clear-cut way to solve a problem. We craft a solution based off of our experiences and the folklore we encounter. It is worth noting that I consider blogs, google searches, MSDN, visits at a coworker’s desk, irc, and stackoverflow.com to be sources of folklore.

I must say that I do agree with much of the post, but I think the terminology that is presented is incorrect. I think it would have been wiser to say that software development is most often not an art, and ego has no place in it.

I also have to concede that in hindsight, I believe that the software craftsmanship manifesto was a bad idea. I recently learned there was a period of time when it was being debated if there should be clause in it to forbid using anything (tools, languages, etc…) that was not OSS. In my opinion the manifesto only serves to force a definition on something that needs no additional definition.